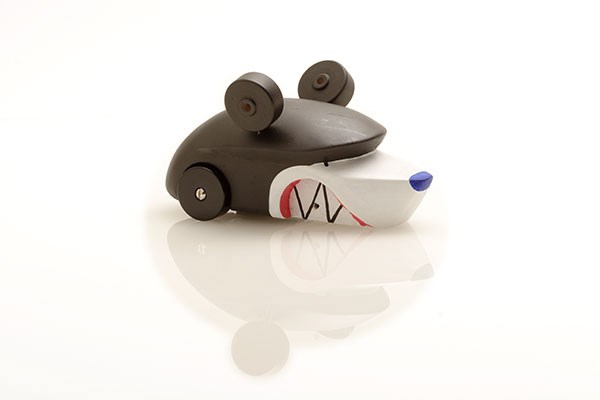 Celebrated Japanese designer, TOUMA’s style gravitates towards simple, cute and cool. A freelance figure-artist since 2001, TOUMA loves the work of artists such as Tim Burton and Tim Biskup for their simplicity in terms of style and design. Similarly, his toy collection comprised mainly of small toys with simple designs such as Lego and Play Mobil. TOUMA is renowned for his wildly-popular Knuckle Bear (2003), as well as Skuttle, Talons, Snout, Hell Hounds, BOO and many more. His most recent work, "Mephist Fiesta" was launched earlier this year and revolves around 3 characters: Zugan, Dead and Becky who are on a constant mission to battle the fires of hell which are burning out of control. They fight to restore good to the villain’s souls so that they can be freed and go to heaven.

Play Imaginative Ltd, published the TOUMA book that was debuted at the 2006 Taipei Toy Festival. The book showcases all of TOUMA’s design works and toy characters to date for the very first time since he kick started his career. The book also chronicles the milestones that have contributed to his success as a respected character artist whose works are enjoyed all over the world today.