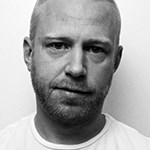 Jonas Forsberg has studied product design for five years at the Linnaeus University School of Design located on the grounds of the old Pukeberg Glassworks in Småland, Sweden. During this time some of his work caught the eye of Playsam’s CEO Carl Zedig that would subsequently lead up to his inclusion among the company’s line-up of designers. His first ever product was an interpretation of the famous 1924 world land speed record holder Mefistofele and was a direct result from the collaboration between the Fiat Automotive Company and Playsam. With a firm interest in everything motorized his designs are characterized by simple yet strong lines heavily influenced by a bygone era but always sporting a modern twist.